Skip to content
You are here
Home > Automotive > What to Expect from the 2022 Model Year Lineup of Audi Crossover SUVs? 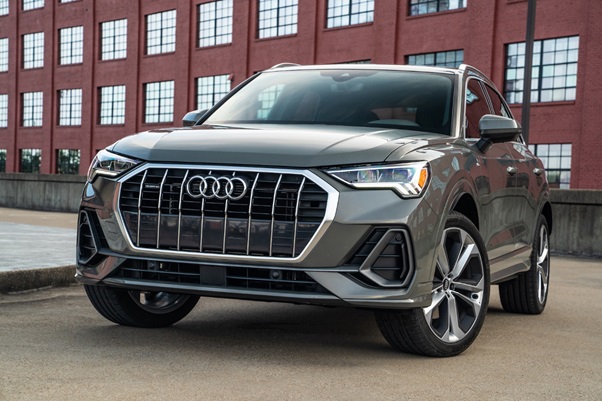 For the model year release of 2022, Audi has announced an impressive lineup of vehicles, among which the category of crossover SUVs is receiving the major attention from all the possible corners.  The sales department of the famous Pismo Beach Audi dealer helped us sincerely in gathering all the facts and figures of the crossover SUV models that are going to fill up their floors in no time. So, here is what we have learned from them:

Audi has dressed up its Q7 model as one of the best crossover SUV models to stand out in the market of luxury vehicles. It is going to be one of the most prominent models released from the factory of Audi. Experts predict that the 2022 Audi Q7 has all those qualities that can glorify the family of luxury SUVs. In other words, the 2022 Audi Q7, models are coming to the show setting up an even higher standards, when it comes to in-car luxuries like leather-wrapped cabin, heated power-folding side mirrors, ambient interior lighting and many more.

Above that, because of its crossover SUV nature, it had to polish up its performance quality, and the model is known to be setting an example in that aspect as well. At the base form, the 2022 Audi Q7 will use a turbo-4 engine, one step higher it will make use of a twin-turbo V-6 engine, and at the topmost trim, a twin-turbo V-8 engine will dominate the driveways. For all the engine variants, the 2022 Audi Q7 models will get the same 8-speed automatic transmission that will be configured as all-wheel drive.

Q3 has been one of those flagship SUV models of Audi that ruled the market of luxury crossover SUVs. Hence, it won’t be wrong to assume that the year 2022 will bring the Q3 series, with some real worth, not only in respect of luxury appointments, but also in its performance ratio. The 2022 model year edition of Audi Q3 will have the trim 40 TFSI at the base that will come equipped in a powertrain much more efficient than many of its rivals, while its upgraded infotainment system is going to bring the advantages of the latest MIB infotainment interface that is engineered at the Audi studios itself.

The 2022 model year edition of Q3 series is going to bring to each of its trim models a higher level of comfort, thanks to the improved space and materials that Audi has kept upgrading into in quick successions of yearly cycles. Apart from that, Audi has promised the prospective buyers of its 2022 Q3 model series an upgraded package of driver assistance technologies that will add the side and rear cross-traffic alert in the standard feature list in the safety wing. Simultaneously, the 2022 Audi Q3 will most probably offer a higher luxury level in its cabins, dressing it up in expensive wood trim and a proportionate usage of chrome, confirmed the sales team leader of the Pismo Beach Audi dealership.

Know the Importance of Motorcycle Boots For a Rider

How To Get A Alcohol Transport Permit

Jump Starter: Top Picks For Your Diesel Truck In 2022