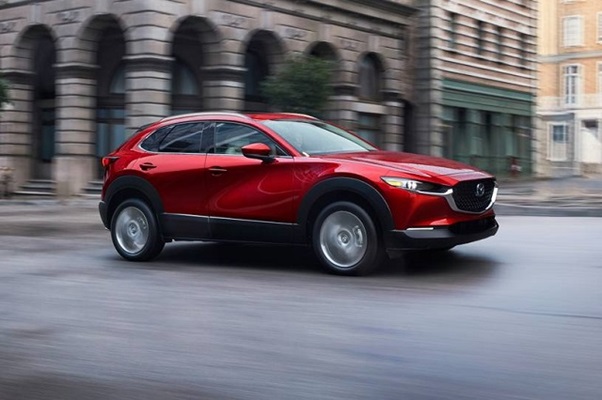 When the trend of crossover SUV models took over the automotive market, leading auto making brands like Mazda wasted no time and started launching more of such products in their yearly lineups. The CX-30 being yet another crossover SUV model from Mazda that got launched in November 2019 now has its 2021 model year edition running, with an increasing sales record. To celebrate its second successful anniversary, Mazda has taken the initiative to escalate the realms of its flagship crossover model to the next height, where it almost infringes the boundary of luxury vehicles, because of the raise in feature count and material upgrades.

Sharing much with its siblings, Mazda 3 sedan and hatchback models, the 2021 Mazda CX-30 models offer some extra benefits that come typically for being a crossover family member, reflected the floor manager of the Mazda Corona dealership.

The 2021 model year edition of Mazda CX-30 can be cited as a good example for some exemplary virtues that are enough to inspire many brands who are into launching and modifying their own crossover models. The most prominent among them are the powertrain attributes.

The 2021 model year lineup of Mazda CX-30 consists of some interesting power train combinations. At the base lies a 2.5-liter four-cylinder engine paired to a six-speed automatic transmission to turn out 186 horsepower. It is famous for its road handling capabilities, while a turbocharged 2.5-liter engine is appointed to work under the hood the higher trims that offer all-wheel drive as the standard rule. It raises 250 hp after mating to the same six speed automatic transmission. The latter power plant exhibits SUV like movements, while driving through undulated terrains.

With these power components working on board, the 2021 Mazda CX-30 models are able to return decent fuel economy rates. According to the EPA rating, the 2021 Mazda CX-30 models can cross 25 mpg in the city roads, 33 mpg on the highways, and 28 mpg in a trip that combines both. These are the figures estimated by the EPA on the front wheel driven models, however with the AWD configuration, the estimate counts 24 mpg when driven in the city roads, 31 mpg on highway speed, and 26 mpg in a combined trip.

The power train components are duly accompanied by a host of clever driving dynamics, like four independent suspensions, electronic limited slip differential and a better ride height. We must not forget the contribution of the aerodynamic design that helps the vehicle make the most of the wind power, when running at top speed. What creates a second wall of support is the bunch of driver assistance features, like automatic emergency braking, blind spot monitoring, adaptive cruise control, lane assist and pedestrian detection technology enabled.

Checking The Condition Of Your Car Tyres

Car Maintenance Tips To Save You Money