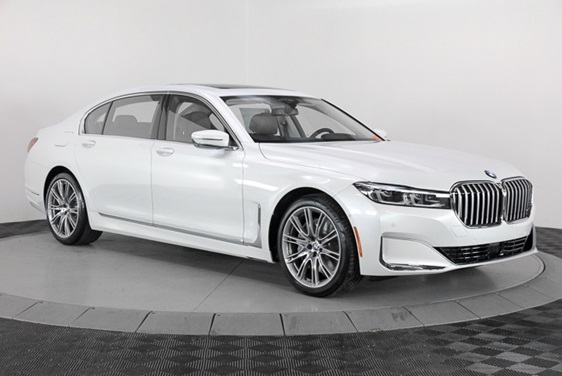 The 7-Series sedans released from the manufacturing factories of BMW are one of the best examples how premium levels of luxuries can be achieved. The sedans stand as more of an artistic display of automobile engineering from the outside, while the interiors speak of a different story altogether. There you can redefine your concept of in-car grandeur that is drawn in a subdued tone, without granting any permission to the jazzy notes, stated an in-house auto engineer of the famous BMW dealership near Avila Beach.

There again, we were updated about all the changes that took place especially for the 2021 model year release of the BMW 7 series models. According to their information, most of its characteristics are carried over from its last generation, in respect of styling cues, while some enhancements are done inside like installation of a newly crafted steering wheel, heating front seats, and most importantly, a refreshed center armrest, all added as standard features on all 2021 BMW 7 series models.

Other Noticeable Attributes of the 2021 BMW 7-Series

The big sedan from BMW now comes in a single wheelbase that has with plenty of space allotted for both the front and rear passengers. The overall demeanor of the 2021 BMW 7 series still appears to be quite conservative, even though all the occupants can instantly find a well-appointed interior welcoming them with the latest technologies installed, among which many are class-leading and are rare to be found in their closest rival models.

BMW equips its flagship model 7 series sedans with lots of engine choices. The 2021 model year lineup sets up the base trims with an inline-6 engine that delivers 335 hp either to the rear or all four wheels. The 750i trims that stand higher than the base offer all-wheel drive as standard to handle its high-raised 523 hp.

Other power train options include a sporty spirited Alpina B7 trim that is famous for its aggressive moves. It is loaded for the M760i trim and carries under its hood a bulky twin-turbo V-12 engine. The plug-in hybrid that is given the name 745eis able to deliver decent power and an alluring 16 miles of electric-only mileage cover. This hybrid trim of the 2021 BMW 7-Series makes a tempting family car choice for those who are willing to go green.

To look at its mileage capacity, the Base 740i trim models can make a fairly frugal mileage return that crosses 30 mpg on the highways, while the higher trims bring the count of mileage down to 22 mpg city, 29 mpg in the highway and 25 mpg from a combined trip. With all-wheel drive the ratio comes to 20:27:23 mpg on the same parameters of driving.

But irrespective of the engine choice you make, the 2021 BMW 7-Series always prove its good road holding and a smooth ride that completes the circle of perfection, which is typical of any BMW product, proudly announced an auto critic we met at the BMW dealer Avila Beach.

Businesses You Can Start in Automotive

It is always better to insure!