Skip to content
You are here
Home > Automotive > Maruti Suzuki S-Presso-  Features, Price and other specifications which are Estimated before the launch 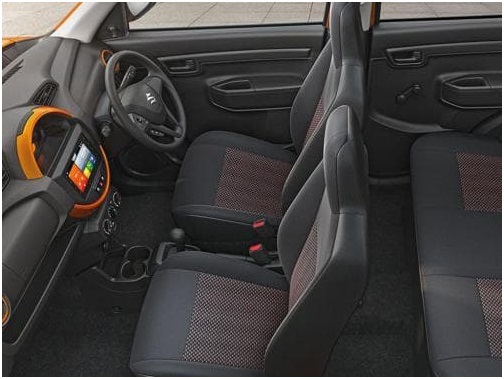 Maruti Suzuki is set to launch their latest revelation in the Micro SUV segment, the Maruti Suzuki S Presso. The car is scheduled to launch on the 30th of September, but the specification and other details have already been leaked on the internet. Thus, the buzz among the customers is looking immense, and the amazing offerings from the Indo-Japanese car makers in an affordable price segment would certainly attract a massive number of sales in the initial months.

Maruti Suzuki S-Presso would also initiate the BS-VI emission norms with the K10B series petrol engines. The car would also be based on the same Heartect platform as it’s other siblings like Wagon R and Ignis. The cars Mini Suvish appeal would set it apart from the Rival cars like Mahindra KUV 100, Renault Kwid and also the upcoming Tata H2X which is highly anticipated too. Though the specifications are not official, yet many reliable sources have portrayed a clear picture of what this Micro SUV car might offer. Thus below are the details which are estimated in the car.

Purchase The Best Car Through Latest Car Reviews And News!

Stop in for Brake Repair in Arlington

Investing: The Joys and Troubles of Automobile Classics