Skip to content
You are here
Home > Automotive > Investing: The Joys and Troubles of Automobile Classics 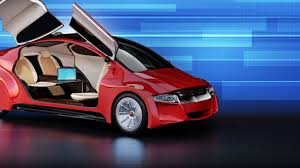 Investors have always been intrigued by classic cars. These alternative investments could have an incredible return of up to 288 percent in a single decade, but many people also have a great passion for collecting classic cars, and it becomes their pride and joy.

In the last decade, an increase of interest has been seen in restoring the automobile classics—oftentimes, these cars have more personality than the newer ones. People have begun to have an ever-growing interest in these cars. Part of what has fueled this renewed passion for classics automobiles is the view that historic cars have become an asset that people can invest in.

In addition, you have passionate car enthusiasts who wouldn’t want it any other way. In fact, the appreciation for classic automobiles has even surpassed some of the other hobbies including wine tasting, coin and art collections.

Over the course of the last 10 years, classic cars have become one of the best performers in terms of investment. No longer has it become a novelty for the rich because many times, you can get a great return on the vehicle.

Some classics in the last decade have risen higher than others. For example, the Ferrari 250 GTO was bought for an original price of $8.5 million in 2002, but one decade later, it sold for a whopping $35 million dollars. That’s a huge return on investment in only 10 years.

Keep the Upkeep in Mind for Classic Cars

With all that said, Car Parts, a company that has dealt in auto parts as far back as 1901, believes that you also have to understand the upkeep of these vehicles. For example, car enthusiasts are famous for playing around under the hood of the vehicle. Before you buy an older vehicle, you should understand that restoration can sometimes cost tens of thousands of dollars.

The rarity of these classic vehicles has become one of the key drivers of these cars reaching new heights in value. The internet has become an invaluable tool in helping an investor to decide if it will be worth the cost of purchasing, which has made it even more lucrative for people.

Getting The Most Out of Car Detailing

Is Now the Time to Go Car Shopping for New Wheels?