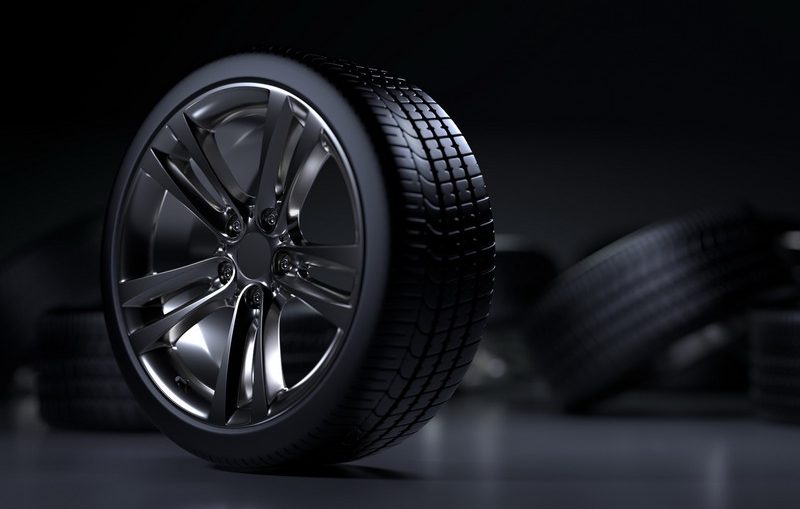 High-performance carmakers like Bugatti take immense pride in building the fastest cars on the planet. Not that these cars have any practical purpose for day-to-day road warriors, but it’s nice to say that you can build the biggest and fastest car on the market. If you want to be the best, you have to do things like build carbon fiber wheels and tires.

Carbon fiber wheels, okay. But carbon fiber tires as well? Yes, you read that correctly. Bugatti got together with Michelin to create a carbon fiber supported rubber tire capable of reaching speeds in excess of 300 mph. Their feat is pretty impressive by any measure.

It isn’t exactly clear how the two companies integrated carbon fiber with standard rubber, nor are they likely to reveal the secret. But it would make sense that the carbon fiber was applied as an additional layer. Rock West Composites, a California company that specializes in carbon fiber and other composite materials, says this sort of application would make sense given that it would provide extra reinforcement to the tire’s rubber sidewalls.

Why They Did It

You might wonder why Bugatti and Michelin would bother creating a tire that could cost tens of thousands of dollars to produce. In the end, it hardly seems worth it for a product that will never see mass production. But rest assured they have valid reasons for doing so.

The primary reason can be encapsulated in a single word: racing. Car and tire manufacturers utilize professional racing as a means of developing new products that will eventually make it to the assembly line. That is why you see such strong partnerships between manufacturers and racing teams. Racing teams want access to all the latest technologies while manufacturers need those teams to test said technologies.

A good illustration here is the NASCAR circuit. NASCAR is known for racing stock cars But guess what? Most of what goes into their cars is not stock it all. It is either custom-made or a new manufacturer product being tested on the racetrack.

NASCAR partners with a well-known tire manufacture to provide all the rubber for its racing teams. That manufacturer benefits by being able to test new materials and designs under highly stressful conditions. If their tires pass the NASCAR test, they will certainly do fine on standard passenger vehicles.

How They Did It

As for how Bugatti and Michelin did it, they combined advanced design engineering with rigorous testing. Engineers worked with multiple combinations of rubber and carbon fiber until they came up with a design that they were happy with. Then they created a set of tires and sent them to a North Carolina testing facility to be put through their paces.

Without going into all of the details, the tires were tested on a plane test bench right to the point of failure. In other words, the testers ran the tires at ever-increasing speeds to see how they would respond. They kept pushing the speeds higher until the tires eventually failed.

It’s not clear how much speed they achieved before failure, but we know that it was at least 311 mph. That is important to Bugatti test driver Andy Wallace because he is the one who will risk his life pushing the tires to their limits in a real-world setting.

Building a tire capable of such high speeds is possible thanks to carbon fiber. And because of the work done by Bugatti and Michelin, the rest of us might be buying carbon fiber tires in the future – albeit less expensive models.

Limo rental Toronto – A Perfect Guide To Understand The Way Of Booking Limo For Party!

Rent an exotic car for your business trip

Dismantling myths about the hydrogen car

Best Black Car Waxes – How to Have a Professional Car Wax?

What To Check In Your Used Golf Trolley Warranty