3 Auto Parts that Are Most Likely Ignored During Maintenance

Most car owners love their car and pay attention to maintenance. But every car has some maintenance parts that we might ignore. Although these parts are difficult to reach, they have a vital effect on driving safety, or can affect the braking performance and fuel consumption of the car, and some even affect the safety of the owner. In addition to regularly going to the repair shop for regular maintenance on time, the maintenance of some small places is also worthy of the attention of all car owners, because their maintenance and care are related to the comfort and safety of your driving.

The consequences of excessive wear of the brake disc are very serious. Firstly, due to the reduction of the flatness of the surface, the actual contact area is reduced, resulting in insufficient braking force. In addition, the heat capacity of the brake disc after wear is reduced, and the brake is continuously braked. When the temperature rises quickly, it is more prone to thermal decay. All of this is very dangerous when driving. Some repair shops put the heavily worn brake discs on the lathe for surface treatment, commonly known as “disc”, so that the surface is flat, but the disc becomes thinner, and the thermal decay during braking will be more serious. In addition, temperature gets higher during processing cause the brake disc to anneal, further reducing the mechanical strength. Generally, the brake disc should be replaced after the brake shoe has been replaced 2 to 3 times. Don’t feel bad about these hundreds of dollars. After all, human life is priceless.

After the rubber bushing is damaged, the vehicle will have a series of defaults such as deviation, swinging, etc. Even if it has done four-wheel positioning, it will not help. If the chassis is carefully inspected, the rubber sleeve damage is easy to find.

A loose steering rod is a serious safety hazard, so be sure to check this part carefully during routine maintenance. The practice is simple: hold the lever and shake it vigorously. If it is not shaking, it means everything is normal. Otherwise, the ball or lever assembly should be replaced.

The exhaust pipe is one of the most vulnerable parts of the car’s bottom, so don’t forget to take a look during the inspection. In particular, the exhaust pipe with a three-way catalytic converter should be carefully inspected. 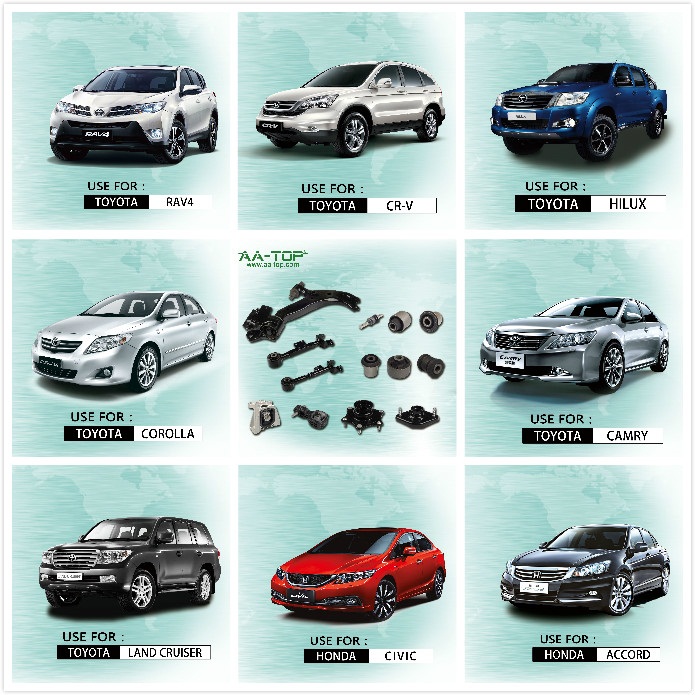 As long as we carefully observe, we can find some small problems in the car in advance and take timely safety precautions. When replacing parts, you should also select high-quality parts, such as AA-TOP for auto rubber parts.